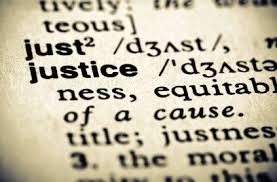 Have you been arrested and charged with lewdness or resisting arrest in Bergen County? We can help.

Travis J. Tormey, the managing partner of The Tormey Law Firm, was able to successfully negotiate a reduction in the charges issued against one of his clients, which initially included Lewdness and Resisting Arrest in Hackensack Municipal Court recently.

The charges originated from an alleged incident in a Hackensack park, during which the client was accused of exposing himself to an undercover police officer. By negotiating the charges to a borough ordinance violation, Mr. Tormey was able to facilitate his client in avoiding all of the potentially disastrous consequences associated with a conviction.

If the defendant was found guilty of either charge, he would have been exposed to a sentence of up to 180 days in the Bergen County Jail, a maximum fine of $1,000, as well as a mandatory period of community service or probation. Additionally, each conviction would appear on the client’s criminal record in the event that an employer or other person were to run a criminal background check on him, which could have devastating effects for his future.

For example, these charges on his criminal record could spell negative implications if he chose to apply for any sort of license or position, such as a medical practitioner, pharmacist, teacher, or public servant. Finally, if a similar defendant was not a United States citizen and was convicted of these or similar offenses, he or she could have been facing immigration consequences, the most severe of which could include deportation.

With Mr. Tormey on his side, this client was able to resolve the entire case by paying a fine for a violation of a municipal ordinance, the equivalents of which could be a ticket for littering or a noise violation. He can now move forward with his record and his reputation intact.

However, even if you have been convicted of an offense in New Jersey, you may be eligible for an expungement, a service that Mr. Tormey provides to his clients on a regular basis. By completing the necessary procedure associated with the expugement process for clients who meet the qualifying criteria, he has assisted many in successfully erasing any documentation of arrests, criminal complaints, and convictions from their criminal records.

For additional information about retaining representation or having an expungement filed on your behalf, contact The Tormey Law Firm at (201)-556-1570. Initial consultations are always provided free of charge.