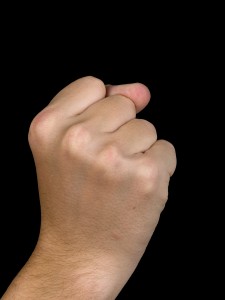 Attorney needed for simple assault charge in Kinnelon? We can help.

The Morris County defense team at the Tormey Law Firm recently succeeded in helping another satisfied client get charges dismissed in Kinnelon Municipal Court. Our client was accused of simple assault as the result of an alleged altercation with his father. But in this case, it was a simple family misunderstanding – no one was injured and no property was damaged. At the end of the day, the father and son reconciled and the father did not want to proceed with the case against his son. Fortunately, the family called the Tormey Law Firm and our defense team was able to work with the municipal prosecutor in Kinnelon to ensure that the family was stable and to get the case dismissed.

Pursuant to N.J.S.A. 2C:12-1(a) a person is guilty of simple assault if he attempts to cause or purposely, knowingly or recklessly causes bodily injury to another; or negligently causes bodily injury to another with a deadly weapon; or attempts by physical menace to put another in fear of imminent serious bodily injury. According to the criminal code, simple assault is a disorderly persons offense unless committed in a fight or scuffle entered into by mutual consent, in which case it is a petty disorderly persons offense. But in any event, once the police get involved and file a complaint against the defendant for simple assault, the case will technically be the “State of New Jersey versus the Defendant” and the matter will be handled by a prosecutor who represents the State of New Jersey. Thus, it is not as simple as having the victim say that he or she does not want to press charges – the decision to proceed with the case will be made by the prosecutor.

In our recent case, the father and son had a disagreement and quickly reconciled but the police had already filed a complaint for simple assault. Then, the case was set to be heard in Kinnelon Municipal Court. At the first hearing, we met with the prosecutor, explained the situation and discussed what could be done to result in a dismissal. Eventually, everyone agreed that a trial was not necessary and that as long as the defendant attended therapy sessions, the case should be dismissed. We went back to court a few months later and, upon showing compliance with the agreed upon therapy, the prosecutor agreed to dismiss the case and our client walked out of court without a conviction of simple assault.

If you have been accused of simple assault, contact the defense attorneys at the Tormey Law Firm to discuss your case and what can be done to get the charges dismissed.