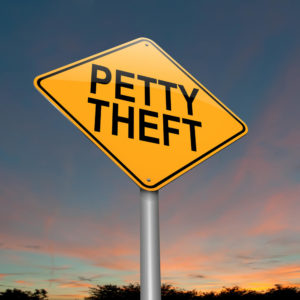 Whether you are shopping along Main Street, or checking out new cell phones near Linwood Plaza, you know that Fort Lee is one of the busiest places in Bergen County, New Jersey. In fact, because of its prime location at the foot of the George Washington Bridge, it is a popular destination among travelers, shoppers and sometimes, shoplifters. But be aware, with a force of 95 officers, and a prime location of its precinct on 16th street, the Fort Lee Police Department is well-equipped to assist stores in the arrest and prosecution of those suspected of shoplifting. Fortunately, just as Fort Lee police officers are experienced in arresting shoplifters, our attorneys have extensive experience defending those facing shoplifting charges in Fort Lee Municipal Court and Bergen County Superior Court.

Here, we provide you with information about what constitutes shoplifting, the varying degrees of shoplifting, and what it means if you have been charged with a felony or misdemeanor theft crime in Fort Lee NJ. For dedicated guidance and esteemed legal counsel from an experienced Fort Lee Shoplifting Attorney at our local defense firm, contact us at (201)-556-1570 or fill at our convenient online form to request a free consultation. A member of our team is available around the clock to discuss your Fort Lee shoplifting case.

What is Considered Shoplifting in Fort Lee NJ?

Overall, to prove you guilty under any of the above examples, the state must prove that you had the intention of stealing the item. If the state can only establish that it was an accident or that you were not aware of the shoplifting, you cannot be convicted. In attempting to prove their case, the prosecutors will use both direct and circumstantial evidence. Direct proof may be something such as a video recording of you taking an item, placing it under your coat, and leaving the store. Circumstantial evidence is not the same as direct proof. It is the facts surrounding the events in question that lend itself to establish that you knew you were shoplifting. For instance, paying $20 for an item that most people know is worth $300 is circumstantial proof.

Regardless of the alleged facts, if the police allege that shoplifting occurred, you will either be charged with a felony (indictable) or misdemeanor (disorderly persons offense). Both types of cases can involve harsh sentences and consequences.

If the total value of the items is more than $200, you will be charged with a felony (also known as an indictable crime) and be required to go to Bergen County Superior Court. Felony shoplifting offenses have penalties that include state prison, a permanent criminal record, and thousands of dollars in fines. For example, while uncommon, if you are accused of taking items valued at $75,000 or greater (2nd degree crime), you can go to prison for 5-10 years and face fines up to $150,000. As noted, a second degree crime is not often charged and people are more frequently charged with third degree crimes for shoplifting.

Third degree shoplifting charges can be prosecuted if the value of the items taken or attempted to be taken have a value between $500-$75,000. For a third degree offense, you may be sentenced to state prison for 3-5 years, probation, and face fines up to $15,000. If the value of your allegedly stolen items are worth between $200-500, you will be charged with a fourth degree crime, be subject to 12-18 months in state prison, probation, and $10,000 in fines.

What to do when Charged with Shoplifting in Fort Lee NJ

When you have been arrested in Fort Lee for shoplifting, hiring an attorney who understands the law and has practical experience in the specific courts where Fort Lee shoplifting cases are handled can make a massive difference in the outcome of your case. The Tormey Law Firm has been representing clients in Fort Lee for years. We know and understand the law on shoplifting in New Jersey, the way these cases are prosecuted, and how we can defend against the charges against you. Contact our firm today at (201)-556-1570 for a free consultation with a skilled Fort Lee Shoplifting Lawyer near you.