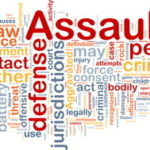 Assault charges in Fort Lee and New Jersey range from simple assault to aggravated assault and the penalties for each vary greatly.

While at first glance it may not appear to be good news that you have been charged with simple assault, it is in fact the preferred charge over that of a felony.  This is because, unlike felony aggravated assault, if convicted of a simple assault, you cannot go to state prison.  Similarly, you do not have to report on employment applications that you have been convicted of a felony crime.  Despite it being a lower-level offense, you will be confronted with serious penalties if convicted.

To be found guilty of simple assault, the state must prove that you attempted to, or did in fact, cause bodily injury to another person.  Bodily injury does not mean that there must be an actual injury.  Unfortunately, all the injured party must say is that he or she experienced some type of pain no matter how slight.  For this reason, simple assault is probably the most commonly charged form of assault in cases involving domestic violence.  Proving injuries in cases of domestic violence can be relatively easy if the alleged victim testifies that he or she was hurt and the testimony is credible or believable in the eyes of the court.

Of course, there are defenses and ways in which attorneys can argue for a lesser offense or demonstrate that you are not guilty. However, if you are ultimately convicted of a simple assault, you may be sentenced to jail for 180 days, be placed on probation, be ordered to pay up to $1000 in fines, and be forced to pay mandatory penalties and court costs.  If the case involves domestic violence, you could be ordered to pay a domestic violence surcharge, forced to attend anger management and possibly lose custody and parenting time with any children that you have in common with the victim.

If the injuries sustained or alleged to have been sustained by the victim are more serious, or if the assault involves a police officer, you will be charged with aggravated assault.

The remainder of the assault statute involves felony cases of aggravated assault.  If charged with aggravated assault, your case will be heard in Bergen County Superior Court located at 10 Main St, Hackensack, NJ 07601.

The difference between aggravated assault and simple assault is the nature and seriousness of the injuries. Unlike simple assault, to be found guilty of aggravated assault, the state must prove that you purposely, knowingly, or recklessly caused, or attempted to cause serious bodily injury to another person, or put another in fear of imminent bodily injury by actions or by pointing a firearm.

In the most common cases, proving serious bodily injury requires more than a person testifying that he or she suffered some pain. The alleged injury must be an “injury which creates a substantial risk of death or which causes serious, permanent disfigurement, or protracted loss or impairment of the function of any bodily member or organ.” Often, the injuries seen in aggravated assault cases involve broken bones, loss of consciousness, or impairment of any of the bodily functions or senses.

Being charged with aggravated assault means that you have been charged with an indictable (felony) offense of the second, third or fourth degree.  As the degree of the crime increases, so too do the penalties.  For instance, if convicted of a fourth degree crime, you are exposed to a state prison sentence of 12-18 months, $10,000 in fines, and mandatory state penalties.

In most cases, including assault on law enforcement (even if the offense would otherwise be simple assault), or domestic violence cases (strangulation), the crime charged is a third degree felony. If convicted of a third degree crime, the Judge may send you to State prison for 3-5 years, order you to pay $15,000 in fines as well as state penalties, or order you to go to jail and be on probation afterwards.

Additionally, in all felony cases, there are certain mandatory penalties that can have negative, long term impacts.  For example, your DNA will be collected and kept on file with the New Jersey State Police to identify you in any future criminal conduct.   Your fingerprints will also be on file and as such, your record can be viewed by potential employers.   Lastly, you can be precluded from certain court programs such as PTI or Drug Court.

The Tormey Law Firm has extensive experience handling cases of simple and aggravated assault in Fort Lee, New Jersey.  We know that everything is not always as it appears and often, the alleged victim was not forthcoming or misstated the truth.  Through the discovery process, motions, and cross-examination, we will expose the truth and fight for your rights.  Contact our office today at 201-556-1570 for a free consultation.