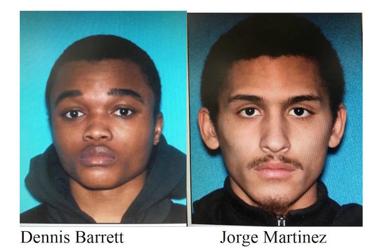 A Bergen County man and a Passaic County man were recently arrested in connection with the fatal shooting of a gas station worker in Paterson, New Jersey.

The suspects allegedly committed the homicide around 6:00 p.m. at the First Avenue Gas station, which is located on First Avenue near Route 20 in Paterson, NJ. According to authorities, the suspects entered the gas station and used a handgun to shoot the victim while attempting to rob him.

The victim, a 57-year-old Fair Lawn NJ resident, reportedly started working at the Paterson NJ gas station just eight months ago. When Paterson cops arrived at the scene, they found the victim suffering from a gunshot wound. Emergency medical crews rushed the victim to nearby St. Joseph’s Regional Medical Center, where doctors tried to save his live. Tragically, the victim was pronounced dead shortly after arrival at the hospital.

The Paterson Police Department and the Passaic County Prosecutor’s Office investigated the homicide and quickly identified the two suspects as the possible culprits. Law enforcement apprehended the suspects a short time later.

The two suspects hail from Garfield NJ and Paterson NJ, respectively. They have both been charged with multiple crimes, including first degree murder, robbery, conspiracy to commit robbery, and possession of a weapon for an unlawful purpose.

Anyone who has information about the suspects or the gas station shooting should get in touch with Paterson detectives at 973-321-1120.

For further information about this case, access the NJ.com article, “2 Charged with Murder in Killing of Gas Station Attendant.”