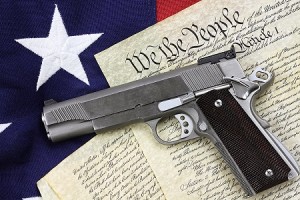 The firearms defense lawyers at the Tormey Law Firm prevailed at a pretrial detention hearing in the Hudson County Superior Court, resulting in our client’s release from jail pending the outcome of his case. Our client was arrested on June 25, 2017, as the result of allegations of second degree unlawful possession of a handgun and third degree unlawful possession of a rifle. As the result of these charges, the Hudson County Prosecutor’s office filed a pretrial detention motion on June 26, 2017, seeking to keep our client in jail while the case worked its way through the courts. On June 29, 2017, we appeared with our client at the pretrial detention hearing and argued on his behalf to have him released pending trial. Fortunately for our client, the judge agreed with our position that our client should be released and now our client is out of jail.

Bail reform took effect in New Jersey on January 1, 2017, and effectively removed monetary bail from New Jersey’s criminal justice system. Under the bail reform procedures anyone who is arrested as the result of a complaint-warrant must be held in jail and appear in front of a judge within 48 hours. At the initial hearing, the county prosecutor will do one of two things: recommend release or file a pretrial detention motion. In some cases, the prosecutor is required to file a pretrial detention motion and if a motion is filed, the case will be back in court within 72 hours for a pretrial detention hearing. Under the original rules that took effect on January 1, 2017, defendants charged with murder, manslaughter, sexual assault, first-degree robbery, carjacking, kidnapping and escape were presumed to face pretrial detention. However, on May 26, 2017, new rules were adopted and now defendants charged with most firearms offenses or defendants charged with committing other crimes while on release are now also presumed to be held without bail. However, a judge has the ultimate say during a pretrial detention hearing as to whether or not a defendant will be detained pending trial.

Need a Lawyer for a Detention Hearing in Hudson County? Call Us Now

The bail reform rules in New Jersey are still relatively new, but the criminal defense lawyers at the Tormey Law Firm have already been in court defending clients who are facing potential pretrial detention in jail for weapons charges such as the unlawful possession of a handgun and the unlawful possession of a rifle. If a family member or friend was recently arrested and is currently in jail, call the Tormey Law Firm to learn about New Jersey’s bail reform guidelines and how we can help fight to get your loved one out of jail. This recent success is only one example of the clients that we have helped get released from jail pending trial and we are only one phone call away from helping you. Contact our office now for immediate assistance at 201-556-1570. The initial consultation is always provided free of charge.