Can You Beat a Theft Charge in NJ?

How to Get Theft Charges Dropped in NJ 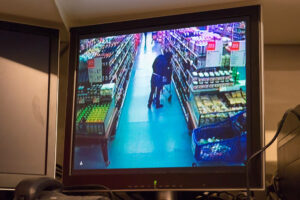 How to Beat a Theft Charge in NJ

Out shopping with your teenage daughters, you check out your merchandise at the cashier and head for the door when your daughter diverts your attention to a beautiful jacket she has been eyeing for her birthday. After you check out the jacket, you and your crew head out of the store only to hear the store alarm go off as you open the door to leave. When security examines your packages, they find several clothing items and jewelry with security tags on them. Now the store wants to press charges against you. These types of scenarios and resulting arrests happen virtually all the time across the state. If you find yourself accused of stealing, you want to take action and be proactive about your defense. Talking to a highly practiced New Jersey criminal defense attorney who knows the defense strategies and options for handling theft cases is your first step toward unraveling the tangled web of allegations and beating the theft charges and penalties you now face. Contact the defense team at The Tormey Law Firm if you would like a free consultation: (201)-556-1570.

Factors to Consider when Charged with Theft in New Jersey

In New Jersey, the law punishes theft in varying grades of criminal liability, according to the type of theft you are charged with, say, shoplifting, theft by deception, identity theft, or auto theft. The value of the stolen items and how you allegedly stole the items matter also. If you used a gun to steal a car or hit someone over the head to steal their wallet, you are going to face more prison time than if you slipped a lipstick in your pocket and walked out of a store. Your criminal history is also a consideration when it comes to charges and sentencing. But even a low-value lipstick theft crime can rise a degree if there are aggravating factors, such as carrying a weapon at the time you were arrested. Other aggravating factors include stealing a substantial amount of a controlled dangerous substance, no matter the street value of the substance. Other grade enhancers include stealing human remains, a service animal, or firearms.

You Should Know which Consequences Apply to Your Theft Case

Whether the state believes you committed carjacking, robbery, burglary, receiving stolen property, or credit card theft makes a huge difference in your case. You stand to lose your freedom for six months, 18 months, three to five years, five to ten years, or up to twenty depending on the means of committing the crime and the value of the stolen items. The dividing line for values supporting a second-degree theft crime or a lower-level crime is $75,000.00. What you steal matters for second-degree theft crimes, too, such as someone’s government benefits, a lot of drugs, or human remains. And if you steal something from someone’s person, by threat or as a fiduciary, you face a third-degree charge, at minimum. Disorderly persons theft charges are typically based on stolen item values under $200.00.

And while the fines accompanying prison or jail sentences can go as high as $200,000.00 for a second-degree crime, a judge can also order you to pay restitution equal to double the value of the stolen items. They can also sentence you to lengthier prison terms when the crime involves a weapon or other aggravating circumstances. Since you stand to lose serious time and much more if convicted, you are wise to seek help from an attorney who can work with you to devise a defense plan. Even before arrest, an attorney can advise you of your rights during an arrest, how to conduct yourself, and what not to say.

After learning the facts underlying your arrest, your attorney considers what the prosecution must prove to convict you.

To get a conviction, the state must prove you stole something or at the very least, intended to. If they cannot clearly identify who stole the items, then they cannot successfully prosecute you. Without a credible eyewitness, clear camera footage, or other evidence besides the items themselves, your attorney might cloud the issue. For retail theft offenses, this may be accomplished by suggesting someone else might have placed the stolen items in your shopping bags before you left the store, the eyewitness confused you with someone else, or the camera footage is not clear enough to reliably identify you. If you did not intend to take property belonging to another, you have not committed theft.

Permission from the Owner

The state must also prove who owned the property alleged as stolen, the value of the property, and the chain of custody, meaning who had the property if it changed hands. They must also establish that you deprived another of their possession of property without permission. If you had permission, then there is no theft. Likewise, if you did not intend to steal something, for example, you picked up someone else’s belongings by mistake, you were distracted and walked out of a store with unpaid-for items, or you thought the items belonged to you or you had permission from the owner to have them, there is arguably no intent to steal. So, if you have an honest belief that your neighbor gave you their lawnmower to keep after they got a new one, your neighbor may not be successful in having you prosecuted for theft. In that case, your conversations with your neighbor, whether you used the lawnmower in front of your neighbor, and other facts suggesting you thought you validly possessed the property might make a judge or jury doubt you stole it.

In addition, if you were under the influence of alcohol or drugs when you allegedly stole something, you may be able to show your mistaken belief that the items were yours was due to intoxication or that you were so impaired that you could not form the requisite intent to take someone else’s property. So, if when leaving a party after drinking a few cocktails, you pick up another’s purse and take it home with you, the jury may doubt you intended to steal the purse in the condition you were in when you left the party. And if you returned the purse, your attorney can show the prosecutor that you are not a heartless criminal or even a criminal at all. It may not be a defense to theft, but more evidence to support your version of the facts. Returning the items purported to be stolen may also support a defense that you borrowed the items.

Other possible defenses your attorney could raise are duress and entrapment. For instance, when an accused is forced to commit theft upon threat to their life or their loved ones’ lives. They might also contend you were entrapped into doing so. For example, a customer approached you and said they would turn your daughters in for stealing clothes in the store unless you agreed to smuggle some items out of the store for the customer. Similarly, an undercover police officer who approached you in the store might have told you they saw your daughters steal clothing, but they would not report the daughters if you agreed to take the rap for them.

If you are eligible, your lawyer can also argue that you belong in the Pre-Trial Intervention (PTI) program rather than in prison. PTI is a diversionary program that supports your arrest-free, substance-free life while you complete the program, which ends with a dismissal. But PTI is only available to first-time offenders with no prior convictions, and there are other hurdles to entry that your lawyer can possibly work to overcome. Another second-chance rehabilitative program is the conditional dismissal program for first-time disorderly persons offenses, which also allows you to leave the legal system without a conviction on your record.

Whether you go all the way to trial or reach a positive resolution of your theft case sooner, you need a sharp, creative attorney on your team to protect your interests. Call the attorneys at The Tormey Law Firm to discuss your theft case and what defenses may be used to successfully beat the theft charges against you. No matter where you have been charged, such as Hackensack, Newark, Paterson, Morristown, New Brunswick, Newton, Belvidere, Freehold, or another place in New Jersey, we are here to assist you. You can reach us around the clock for a free consultation by contacting (201)-556-1570 or contacting us online today.