You can be Arrested for Possessing Large Capacity Magazines in NJ 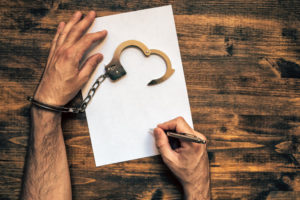 If you are caught with a large capacity magazine in your possession now in New Jersey, you may be charged with violation of N.J.S.A. 29:39-3, possessing an illegal weapon or device, even if you are unaware of the limits required by law in New Jersey. So, for example, if you are transporting your gun and large capacity magazine to or from a licensed firearms dealer in another state that allows magazines with larger than a 10-round capacity, you could be arrested during a routine traffic stop and charged for having an illegal weapon in New Jersey.

This happens to people all time, often to otherwise law-abiding citizens who have no idea what the limits are on magazines, or who are just trying to handle what they need to. Consider this scenario: when you found out that you could no longer legally keep the firearms and ammunition your late father left you as an inheritance, you decided to sell the weaponry to your uncle who owns a gun dealership in another state. Unfortunately, before you could do that, you were caught with the firearms and ammunition and now you face illegal firearms and weapons charges. The recent gun law changes in New Jersey are stringent with regard to large capacity magazines, also known as LCMs, so you should know what to expect.

How many rounds can you have in a magazine in New Jersey?

The law prohibiting high capacity magazines changed in June of 2018 when the New Jersey legislature passed AB-2761. The new law bans magazines with more than a 10-round capacity, now considered a large-capacity magazine (LCM). An LCM is defined as a tube, box, drum or container capable of holding over 10 rounds of ammunition that feeds continually into a semi-automatic pistol or rifle. Notably, an LCM is still more than 6 rounds for a semi-automatic shotgun. The prior law allowed up to 15 rounds before the pistol or rifle magazine was considered illegal. Now, however, the limit is 10 rounds under NJ state law.

What does the law require for large capacity magazines in New Jersey?

When the law passed, owners of large capacity magazines (LCM) were required to modify their magazines to comply with the law, make weapons capable of LCMs with more than 10 rounds permanently inoperable, register firearms with large capacity magazines, transfer the LCM to someone allowed to possess it (police, active military, registered retired police officers, or licensed firearms dealers), or release the LCM-capable firearm and corresponding high capacity magazine to the police. And while some lauded the law in the name of safety and prevention of mass shootings, others challenged these stricter regulations as unconstitutional. In fact, the Association of New Jersey Rifle and Pistol Clubs members challenged the law but lost at the Appellate level when the 3rd Circuit Court affirmed the lower court ruling upholding the law.

Unless it does not survive a future Supreme Court challenge, this is the law on large capacity magazines in New Jersey, which can spell serious consequences if you are unaware and found in possession of such items.

Possession of a Large Capacity Magazine in New Jersey

N.J.S.2C:39-1, which defines prohibited assault firearms and ammunition, was updated to reflect the new limit on magazine capacity. Under N.J.S.A. 2C:39-1 and N.J.S.A. 29C:39-3, it is illegal to produce, transport, sell or otherwise dispose of any large capacity magazine unless it is used by military or law enforcement personnel performing their duties. Off-duty officers are not exempt from the law. However, registered retired police officers may carry up to a 15-round magazine. A large capacity magazine may also be lawfully possessed if the firearm that uses the LCM is registered with the state and used only in recreational shooting competitions organized by the Civilian Marksmanship of the U.S. Army.

The consequences of being convicted for possessing a large capacity magazine with over 10 rounds is a potential 18-month prison sentence, probation, community service, and a $10,000.00 fine. Violation of the law is a fourth degree indictable crime. Moreover, convicted felons may not own a gun in New Jersey.

And if you also have the handgun or other firearm that uses the high capacity magazine with you at the time of your arrest, you may be charged with a more serious second degree crime of unlawful possession of a handgun or assault rifle. Handguns and assault rifles must be properly permitted and/or registered (in the case of assault weapons) to an individual in New Jersey or they are illegal. Certain handguns and rifles are also illegal to own regardless.

The punishments for these types of weapons offenses are substantial. Specifically, second degree crimes come with a 5 to 10-year prison sentence with parole ineligibility for a specific time. That means you could be charged for the separate crimes of fourth degree possession of a large capacity magazine and second degree possession of an illegal firearm with concurrent sentences.

Charged with Possession of Large Capacity Magazines in NJ, What Should I do?

Since there are many ways to challenge an arrest and related weapons charges, as well as ways to negotiate a more lenient sentence if the charges cannot be overcome, you are best advised to speak with an experienced criminal defense attorney without delay. Whether you have been arrested and charged with a large capacity magazine, ammunition, an illegal firearm, or all three, our lawyers can educate you about New Jersey gun laws and zealously defend your rights. We have achieved numerous successful results in New Jersey weapons cases spanning the state, from Bergen County, to Morris County, Passaic County, Monmouth County, Somerset County, and everywhere in between. Contact us now at (201)-556-1570 to talk over your case and your options. A knowledgeable attorney is on call to provide you with a free consultation.