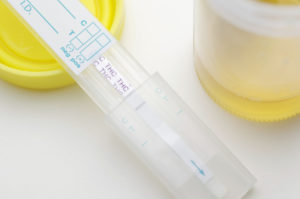 A new marijuana breathalyzer has been developed to assist in detecting when a person is driving under the influence of marijuana. This marijuana breath test is still in the development and testing phases, so as of now, police and prosecutors use other methods to prove driving under the influence of marijuana in New Jersey. In this article, we discuss the current tests used to identify marijuana in a driver’s system, explain the new marijuana breathalyzer technology in development, and explore what this could mean for the future when prosecuting individuals facing marijuana DUI charges in New Jersey. If you have been charged with driving under the influence of marijuana and are in need of a highly effective defense strategy, call the attorneys at The Tormey Law Firm for the assistance you need now. We encourage you to contact us by calling (201)-556-1570 or filling out our convenient online request for a free consultation. Our team provides defense for clients statewide in New Jersey, so please do not hesitate to request an appointment at one of our offices near you.

Researchers at The University of Pittsburgh have developed a new tool that could be used to accurately measure the level of THC in a driver’s breath. THC stands for tetrahydrocannabinol and is the active compound in marijuana. As of yet, THC can only be detected in the person’s blood or urine. Unlike cases involving alcohol, there are no available tests to detect marijuana on a person’s breath that have been deemed valid or reliable. As such, officers and prosecutors now use other forms of evidence to establish that a person was under the influence of marijuana while driving in New Jersey.

The breathalyzer developed by Pitt uses carbon nanotubes, which are finer than human hair. If there was recent use of THC by the driver, the THC will attach to the surface of the nanotubes and change the electrical properties. According to Pitt, the speed at which it takes the current to recover signals the presence of THC. This method can test for THC and excludes alcohol and other substances. More importantly, the test would be up to standards of current lab tests and would not be considered substandard.

For now, the machine is still in its development stage and is not available for police use. The device will need to be tested on volunteers to determine its reliability for use on the general public. The machine, as developed, only tests for THC and it does not have a specified scientific method for determining the level of THC that defines impairment. The level of THC found to demonstrate legal impairment will be determined by lawmakers and based in science.

What Evidence do they Use to Prosecute Driving on Marijuana in NJ?

Lab tests and urine screens are the only tools on the market used for testing for THC while driving. Moreover, a lab test or urine screen is not dispositive of whether a person is driving under the influence of marijuana. Lab tests and urine screens only provide the tester with confirmation of the substance in the person’s system. In other words, these tests cannot tell the reviewer the level of THC in the driver’s system, nor does it reflect whether the driver was actually impaired while operating a motor vehicle.

Simply put, lab tests only reveal whether a person used a substance like marijuana at some point in the past. A breathalyzer or test that measures the current state or amount of ingestion of THC has the potential to both avoid and support DUI convictions. Most likely, police will continue to rely on road observations, physical observations, and field sobriety tests to confirm a finding of impairment. Their observations, coupled with the lab tests and breathalyzer test results, will be used to prove impairment until a reliable marijuana breathalyzer test is adopted in New Jersey.

What Could Change if New Jersey Adopts a Marijuana Breathalyzer?

The prospect of legalizing marijuana has caused substantial debate about how recreational use will impact drivers suspected of driving while impaired. Some argue that the number of impaired drivers will increase, while others argue that the number of unfounded DUI cases will rise. Accepted scientific methods of reliability in proving impairment will likely be up for debate as the research develops. Scientifically accepted standards change over time based upon the technology and studies of those in practice area. For example, in the case of a DUI, the accepted standard of impairment is .08% of alcohol. Researchers agree that this amount of blood alcohol content impairs driving. A similar standard must be set forth for determining levels of THC that lead to impairment.

Overall, a marijuana breathalyzer will assist the police in corroborating findings of impairment. On the other hand, if no THC is detected, the police may try to make a finding that the driver is impaired by virtue of another substance.

Facing Marijuana DUI Charges in NJ, What Can I do?

DUI’s are routinely charged and should be challenged. Often, the substance believed to be causing impairment is unknown and the evidence that allegedly proves that a driver was under the influence is insubstantial. An experienced DUI defense attorney in New Jersey can look at the facts and expose the lack of information in your case. Contact our firm today at (201)-556-1570 if you have been arrested for DUI involving marijuana and want to find a lawyer you can put your trust in.