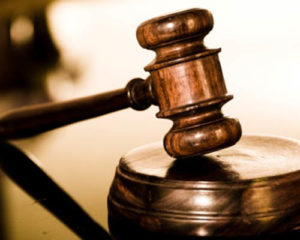 It is well known that New Jersey has some of the strictest gun laws in the nation. For instance, New Jersey does not provide state-to-state reciprocity for gun owners who legally obtain gun permits and firearms in other states, often arresting and charging visitors who travel through New Jersey with their guns, completely unaware that they are breaking the law. While the harsh stance of guns permeates NJ weapons laws, a recent New Jersey Supreme Court decision represents a markedly different approach to state weapons policy. In fact, the NJ Supreme Court ruled that a person can lawfully possess a weapon in their home for the purpose of self-defense.

This landmark case, State v. Crisoforo Montalvo, involved a man who was charged with multiple weapons offenses after an argument with his neighbor. Montalvo’s neighbor, Daleckis, who lived in the unit below Montalvo, had allegedly banged on the ceiling of his unit because of the loud noise emanating from upstairs. Montalvo subsequently knocked on Daleckis’ front door and after Daleckis failed to respond, Montalvo threw a table off the porch that adjoined both of their units.

After police were called to the scene, Montalvo was arrested and charged with one count of third-degree possession of a weapon for unlawful purpose and fourth-degree unlawful possession of a weapon. The first charge required that Montalvo possessed the machete with the intent to use it in an unlawful manner, whether against another person or another’s property. In other words, he would need to possess the weapon with the intent to assault, threaten, coerce, rob, etc. This third degree charge is punishable by a New Jersey State Prison sentence ranging from 3 to 5 years.

The second charge, for unlawful possession of a weapon, required Montalvo to possess the weapon for a purpose not “manifestly appropriate” for lawful use. In other words, he did not have the machete in his hand for a valid reason, such as self-defense. Even without the intent to use it in an unlawful manner, the presumption is that he possessed the weapon in a manner that may have translated into an inappropriate use. In other words, the intent is irrelevant for the charge to stand. This fourth degree crime, if convicted, exposes a defendant to a prison sentence of up to 18 months.

During his trial, the jury was instructed that the unlawful possession of a weapon charge was invalid in the context of self-defense only if the weapon was retrieved “spontaneously.” In other words, Montalvo could not have picked up the machete before answering the door in order to possess the weapon lawfully. Ultimately, the jury convicted Montalvo for the unlawful possession of a weapon offense and he was sentenced to serve 18 months in NJ State Prison. He then appealed the decision, taking the case all the way to the New Jersey Supreme Court.

In its ruling, the state’s highest court determined that Montalvo could lawfully possess a weapon in his home for the purpose of self-defense, a right which is protected under the Second Amendment to the United States Constitution.  Justice Fernandez-Vina wrote: “We need only observe that the Second Amendment protects the right of individuals to possess weapons, including machetes, in the home for self-defense purposes.” In its opinion, the Court further explained:

“Individuals may possess in their homes objects that serve multiple lawful purposes, including the purpose of anticipatory self-defense. In this case, Montalvo possessed at home a machete he used in his roofing job. He was lawfully entitled to possess that machete as a weapon in his home as a means of defending himself and his family from attack as well.”