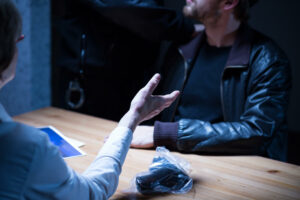 In a significant case brought before New Jersey’s Supreme Court, the judges unanimously ruled that Miranda warnings are an essential right of individuals facing interrogation and thus, cannot be contradicted, undermined, diminished, or otherwise devalued by law enforcement.

If you have been detained and questioned by police without proper Miranda warnings, or you have been contacted by law enforcement and are wanted for questioning, you need to know your rights and the protections you have under the law. Better yet, contact a New Jersey criminal defense attorney who can preserve and protect your rights throughout the legal process. The NJ criminal defense lawyers on our team at The Tormey Law Firm have a lengthy history of successfully defending clients whose rights were violated in the course of criminal investigation. We are ready and willing to fight to protect your right to due process and protections against self-incrimination. Call (201)-556-1570 anytime for a cost-free consultation with one of our attorneys. Start protecting your freedom today.

They may not know they are Miranda rights, but many people know that they have the right to remain silent when the police ask them questions after an arrest or during an investigation. People also may or may not be aware that anything they say can be used in a court of law and that they have a right to an attorney. Many television shows and movies recite the Miranda warnings to suspects, but those fundamental rights are not fictional. They are protections afforded to people under the Constitution. The nation’s courts do not allow prosecutors to use confessions or other damning statements against a person charged with a crime if the police abused an individual’s rights. New Jersey is no exception. In reality, New Jersey’s version of the federal protections against self-incrimination is extensive. The state must prove that the defendant understood and voluntarily waived their Fifth Amendment rights before using the defendant’s statements to prove they committed a crime or an element of the crime.

What is Required to Waive Your Rights in an Interrogation?

In New Jersey, the state has a due process obligation to prove the defendant knowingly waived their rights before undergoing interrogation in the absence of a lawyer. In fact, the defendant’s waiver must be made knowingly, voluntarily, and intelligently.

How is this Determined?

To confirm that the defendant knew the rights they waived, a court looks at the totality of the circumstances of each case. It is a case-by-case examination. Each case has its nuances that the court examines to test whether a defendant understood their rights and voluntarily declined to assert them.

A recent case confirmed the importance of Miranda rights for criminal defendants in New Jersey. Here’s what happened.

Law Enforcement Cannot Minimize Miranda Warnings and What they Mean

The defendant in question answered the subject detective’s questions about the sexual touching of a minor after he signed a waiver of his Miranda rights. The questioning officer first introduced the Miranda rights as a mere “formality” and repeated that assurance to the defendant later in the questioning. Then, after he hesitated to answer the detective’s questions, the detective also assured him that his statements were confidential and would not hurt but help him. The lower court acknowledged these facts but decided that the comments did not undermine the waiver. The lower court decided that the defendant knowingly waived his rights to the Fifth Amendment’s protection against self-incrimination.

In the case before the NJ Supreme Court, Chief Justice Stuart Rabner, writing for the court, stated that the prosecution did not meet its burden of proving the defendant knowingly and voluntarily waived his rights given the detective’s misrepresentations. Thus, the defendant’s statements were rightfully inadmissible.

The Reasoning Behind the Ruling

The court took issue with the detective’s misleading the defendant and trivializing the fundamental constitutional rights. The court noted that comments that render the Miranda protections useless or “hollow” make them ineffective, raising concerns about a defendant’s knowing waiver. How could a defendant know their surrendered rights if the police represent them as little formalities?

The Ruling’s Significance for Defendants and Criminal Defense Lawyers

The ruling’s significance sends the message to police about investigative tactics that strong-arm a defendant into confessing by depriving them of their rights.  Throughout the decision, the court emphasized the importance of defendants’ constitutional protections, referring to case law condemning police tactics that undermine them.

Given this re-affirmation and extension of Miranda warnings, police and prosecutors face stiffer challenges to investigative techniques and confessions. While experienced NJ criminal defense attorneys, such as those at our firm, routinely scour the police process to gather evidence, including warrantless searches and forced confessions, motions to suppress now have renewed force. When police act improperly, the courts do not reward the behavior by allowing evidence gained by illegal tactics into evidence. Given the prosecution’s burden of proof, the state must overcome the hurdle of poor policing under greater scrutiny after State v. O.D.A.-C.

Getting arrested or interrogated by the police is terrifying to most. Those accused of crimes facing imprisonment may believe that the police are trying to help them and waive their rights to please the authorities. Know this: police and law enforcement training gives officers the advantage of persuasion over a fearful defendant. They know how to ride the line between doing their duty to inform the defendant of their rights and coercing them to admit wrongdoing. That is why it is so important to exercise the right to an attorney—to help ease the psychological pressure and protect powerful constitutional rights. No one should give up their rights to fair prosecution and justice. Just as in State v. O.D.A.-C, the interrogation ends when the defendant is unaccompanied by a lawyer and asserts their right to have an attorney present.

If you had the unfortunate experience of being interrogated without police providing your Miranda Warnings, or the officers in the interrogation subsequently contradicted or undermined the importance of these rights, it is crucial to speak to a New Jersey criminal defense lawyer with extensive knowledge of the law in this area, such as those at our firm, who can help you preserve your rights and allow for the best possible defense. Contact the attorneys at The Tormey Law Firm at (201)-556-1570 today for a free consultation.

« Crimes Committed by Non-Citizens in New Jersey: What can Get You Deported
How Your Case May Progress Through the Different Courts in NJ »