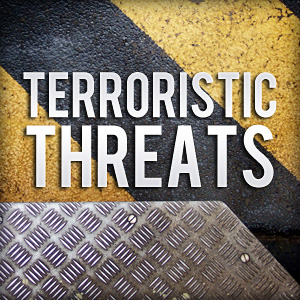 A former student at Ramapo College was recently indicted in Bergen County for terroristic threats in his second case of this kind, the first of which involved a New Jersey State Police Officer as the alleged victim.

According to a spokeswoman from the Bergen County Prosecutor’s Office, 24-year-old Teaneck resident Zachary Rackman is accused of sending a threatening email to the current vice provost for curriculum and assessement at Ramapo College’s Mahwah campus. The alleged victim, Eric Daffron, reportedly received an email in January, which threatened to kill him and/or other students and faculty at the school.

Following an investigation, an indictment was issued in Bergen County Superior Court last week against Zachary Rackman. The defendant, a Ramapo student between 2012 and 2014, was reportedly charged with this offense in 2013 in connection with another case involving officers from the New Jersey State Police Department. Official documents indicate that the 2013 charges were resolved through his enrollment in a Pre-Trial Intervention Program.

The Pre-Trial Intervention program, also known as “PTI,” is a diversionary program in New Jersey available to certain first-time offenders who are facing charges for felony-level offenses. Notably, PTI applicants must have no prior criminal record and have not previously been enrolled in a diversionary program such as PTI or a conditional discharge. For those who meet the program’s eligibility requirements and receive approval from the prosecutor’s office, PTI admission entails a period of probation during which the charges are suspended. Successful completion of the program’s conditions, which may include mandatory drug testing and community service, will result in the dismissal of the charges and no criminal record for the defendant.

In the pending case against Rackman, he will not be eligible to utilize PTI, as he was previously enrolled in the program. With this in mind, he is facing a prison sentence and a criminal charge on his record if he is ultimately found guilty. In New Jersey, terroristic threats offenses are classified as third degree crimes under N.J.S.A. 2C:12-3. As a result, Rackman could be sentenced to a term of incarceration ranging from 3 to 5 years if he is convicted.