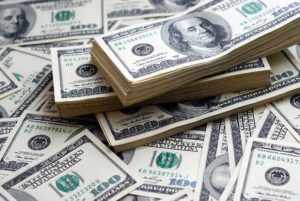 Police in Fort Lee, NJ arrested a New York man after he was unable to explain why he had around $50K stashed inside his car.

The suspect is a 50-year-old man who resides in New York City, NY. According to law enforcement, the suspect was the subject of a narcotics investigation being conducted by Bergen County Prosecutor’s Office detectives.

As part of the investigation, detectives pulled over the suspect’s car, a 2006 Honda Pilot, on a road in Fort Lee. When officers searched the car, they allegedly discovered $49,700 in cash hidden in a secret compartment inside the motor vehicle.

The suspect was subsequently placed under arrest and charged with money laundering. A conviction on the very serious white collar crime could lead to a significant term of incarceration in New Jersey State Prison.

After being arrested and charged, the suspect secured his release from police custody. He will have to appear in Bergen County Superior Court, located in Hackensack, at a later date to address the charges against him.

To learn more about this case, view the Fort Lee Patch article, “Man with $49K in Car Charged with Money Laundering.”