Far Too Many People Being Assaulted at Paramus NJ Hospital 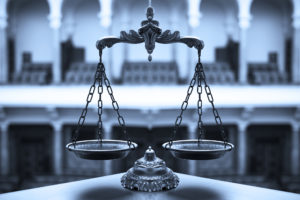 Assault crimes are a serious problem at a hospital in Paramus NJ, according to a recent report.

The Record of Woodland Park took a look at police records and found that Paramus police officers went to the Bergen Regional Medical Center to respond to almost 300 reports of assault in 2015. This represented a rise of 40 percent over the number of assaults committed at the hospital in 2014. In fact, the medical facility was sanctioned by the U.S. Occupational Safety and Health Administration (OSHA) previously because eight hospital workers suffered injuries in various assaults.

According to authorities, the assault victims in 2015 ranged from toddlers who were victims of child abuse to senior citizens who had been violently attacked.

One victim was said to be a nurse at the Paramus hospital. While performing her rounds at the medical facility, the victim was reportedly assaulted by a large man being treated for a medical condition. The attack left the victim with serious injuries.

Another assault victim in Paramus NJ last year was a six-year-old boy who was reportedly sexually assaulted by another patient at the Bergen County hospital.

The Bergen Regional Medical Center used to be known as Bergen Pines. It is publicly owned but privately run. The medical facility is the largest hospital in New Jersey, with 1,070 beds available for patients.

The Paramus NJ hospital provides medical treatment and care for injury victims, as well as individuals suffering from psychiatric problems and those in need of treatment for drug addiction and other substance abuse problems.

The reality is that a lot of the patients at the Bergen Regional Medical Center are uninsured and lack the financial resources needed to go elsewhere.

In the wake of the news about the large number of assaults at the medical center, the hospital’s operator, Bergen Regional Medical Center LP, said that the problem has gotten better recently, with assaults on staff members going down in the past few months. However, they did not release any data to back this up.