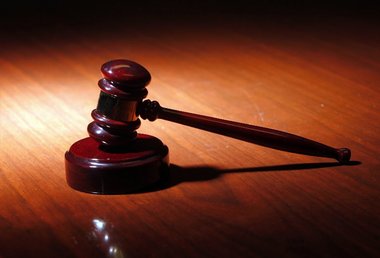 An Englewood NJ woman is headed to prison in New York after pleading guilty to fraud charges for scamming a senior citizen out of more than $10,000.

The suspect is a 58-year-old woman from Englewood, New Jersey. She was arrested in connection with what Queens NY prosecutors described as a “found money” scam. The victim, an 88-year-old woman who lived in Queens, was conned out of her money the suspect and two other people.

The scam reportedly involved the suspect showing the victim a bag filled with fake money. The suspect told the victim that she needed help paying taxes on the cash. The suspect also offered to share the money with the victim – as long as the victim helped her to pay the taxes.

Two days after first meeting the victim, the suspect drove her to a bank so that the victim could withdraw $10,300 to give to the scammers.

When police arrested the suspect and her alleged co-conspirators, they found $10K in cash inside their vehicle. Police also reportedly found wigs and fake $100 bills.

Now the Bergen County suspect is headed to NY prison. She recently appeared in a New York courtroom for a formal sentencing hearing, with the judge approving her plea deal and sentencing her to a minimum of two-and-a-half years behind bars. That maximum penalty imposed is five years in prison.

One factor in the suspect’s sentence was her previous conviction for running a similar fraud scheme. According to authorities, the suspect served time in prison in 2008 for stealing more than $6,300 from an elderly woman in Delaware.

For further information about this case, read the NJ.com article, “Woman Who Scammed $10K from Senior Gets Jail Time.”