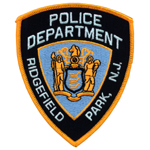 According to Bergen County authorities, the suspect was allegedly committing multiple moving violations while driving on a highway in Ridgefield Park, New Jersey.

A Ridgefield Park patrol officer spotted the suspect behind the wheel of a Mercedes Benz ML 350 and driving on Route 46. The police officer pulled over the suspect and asked him to exit the vehicle because he appeared to be drunk. At that point, the suspect allegedly hit the gas and drove away, prompting a police chase.

After being placed under arrest and processed, the suspect was remanded to the Bergen County Jail in Hackensack, NJ.