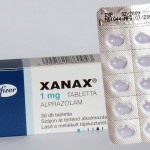 Have you been arrested and charged with driving under the influence of prescription drugs in Morris County? Contact us for a free consultation regarding your charges.

A Boonton man took 48 cough and cold pills and Xanax and then got behind the wheel of his vehicle, according to local police. Then, while in the vehicle, he smoked marijuana with his passenger. The man was pulled over for running a red light around 1 a.m. in Lake Hopatcong and the officer smelled a strong odor of burnt marijuana coming from the vehicle. The driver was barely able to speak and the officer discovered that he had taken 48 cough and cold pills and Xanex before driving. The 19-year-old driver was confused, slurring his words, and told the officer he hadn’t slept in days. He failed the field sobriety tests at the scene and was taken to the station to provide a breath sample as well as to be subject to a drug recognition evaluation. He was arrested and charged with driving under the influence, reckless driving, and failure to observe a traffic signal.

It is important to remember that, in New Jersey, we only have driving while intoxicated (DWI). Any driving under the influence (DUI) of drugs charges are written under the DWI statute, N.J.S.A. 39:4-50. A drug recognition evaluation is conducted by a law enforcement officer who is certified as a drug recognition expert (known as “DRE”) in New Jersey to determine if a driver is under the influence of drugs.

Then, they will take a urine sample from the driver as well to see what is showing up in their system. On a first offense DUI for drugs, a defendant is facing a 7 month to 1 year driver’s license suspension along with alcohol and drug classes, fines, and up to 30 days in the county jail.

Fight DUI Charges in Lake Hopatcong with Our Lawyers

At the Tormey Law Firm, we have an attorney who is certified in field sobriety testing as well as a retired drug recognition expert (DRE) police officer who we use as an expert witness to fight DUI cases in court. Contact us now for immediate assistance at 201-556-1570.