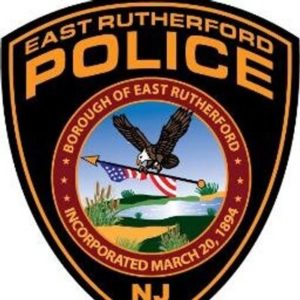 A teacher in West New York, NJ has been charged with distributing drugs out of his home in East Rutherford. The suspect, 24-year-old Kenneth Furlong, lives in an apartment complex in East Rutherford. Furlong also works as a substitute teacher at Memorial High School in the West New York School District. (School records indicate that Furlong received approval to teach at the school earlier this year.) The East Rutherford Police Department dispatched police officers to Furlong’s residence after getting a call about an incident at the apartment. When East Rutherford cops got to the scene, they gained access to the apartment and reportedly discovered large quantities of cocaine and marijuana.

East Rutherford Police Chief Dennis Rivelli issued a news release about the case and said that Furlong was not initially placed under arrest by law enforcement. Instead, said Rivelli, Furlong later turned himself in to authorities at East Rutherford police headquarters. After being processed, Furlong was moved to the Bergen County Jail in Hackensack, New Jersey.

Authorities have not revealed the exact reason for East Rutherford police going to Furlong’s residence in the first place. The official arrest report merely states that there was “an incident” at the apartment. If the incident involved domestic violence, or any other kind of violent act, it’s possible that Furlong would face additional criminal charges for assault and/or a restraining order.

At this time, the superintendent’s office for the West New York School District has not issued any comment about Furlong’s arrest. If Furlong is ultimately convicted on the drug charges, or if Furlong pleads guilty to the drug charges, it is likely that he will lose his teaching position in West New York. Moreover, a felony conviction for this sort of crime would probably result in Furlong being prohibited from any teaching position in New Jersey going forward.

Do you face drug crime charges in East Rutherford, NJ? If you were recently arrested and charged with cocaine distribution, marijuana distribution, or any other drug offense in New Jersey, you should speak with the experienced criminal defense lawyers at the Tormey Law Firm and explore your legal options. Contact us anytime.