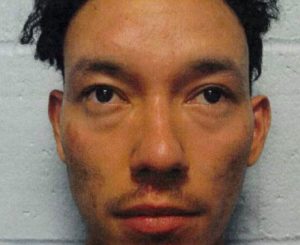 An Englewood, New Jersey man faces sexual assault charges after he allegedly stalked and attacked a Dumont woman who was on her way to church. The suspect is 23-year-old Margarito Hernandez-Valladeres (also known as Jose Ramirez, Jr.), a resident of Englewood, NJ who works as a laborer. According to a news release issued by the Bergen County Prosecutor’s Office, Hernandez-Valladeres followed the 83-year-old woman as she walked to church for an early service at around 5:30 a.m. on July 28, 2017. Once the victim got to the rear parking lot section of the Korean Community Church, which is located on Tenafly Road in Englewood, NJ, Hernandez-Valladeres allegedly grabbed her and threw her to the ground before she could reach the door to the church building.

Police officials said that the woman was able to fend off the sexual assault by shouting and waving her arms to catch the attention of a passing motorist. The vehicle stopped, prompting the attacker to walk away from the scene. The elderly victim suffered minor physical injuries in the attack that required medical attention at a local hospital.

The Englewood City Police Department and the Bergen County Prosecutor’s Office worked together on the investigation into the alleged sex crime. Detectives spoke to the victim and to Englewood residents and developed leads that identified a Hispanic male in his 30s as the main suspect in the case. Investigators also got access to surveillance video that showed the sexual assault. That video was later broadcast by various media outlets.

The Tormey Law Firm represents individuals who have been accused of sexual assault, criminal sexual contact, child endangerment, and other sex crimes in Bergen County, New Jersey. If you have been charged with a sexual offense in NJ, it is imperative that you speak with a member of our qualified legal team and start building your defense immediately. Call us at 201-556-1570 or contact us online to schedule a free consultation.